After many years of Floral experience in Australia & Overseas, Brian moved to Tamworth in 1979 & purchased a Florist business that had been established in 1967!

After several years trading under the old name & building up the client base, “Aunty Jax” came to life!

Both Brian & Mick were employed by TAFE NSW as Floral Art teachers at the Tamworth campus for several years. The volume of work at Aunty Jax increased to a point where their position had to be given up.

During that time, we have sourced only the best products from growers in NSW, Victoria, Tasmania, Queensland & South Australia, as well as importing from Ecuador, Colombia, Thailand & Kenya.

We design each arrangement or bouquet in our own studio. We pride ourselves on each creation being different & made with love.

Deliveries can be made locally, intra or interstate as well as Internationally!

From February 1st until February 17th, our website runs from our "Valentine`s Day" menu, you can STILL ORDER (non Valentine`s ) FLOWERS during this period from the Valentine`s menu. 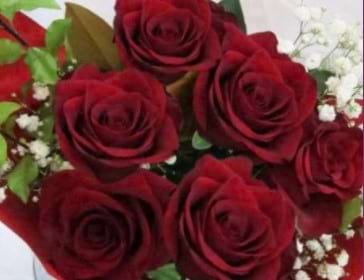